In Steinbach we now have a Cyclist Liberation Front (CFL). I am sure more information about this group will emerge over the next few weeks and months, but this is an announcement that their next cycle will be on Sunday August 14. Cyclists meet at the park beside the Jake Epp Library between 5 and 5:30 for a short potluck meal. Bring some light fingerfood or just show up for the bike ride which is scheduled for 6:15. Bring cycle safety gear. For more information contact Hilary Klassen (hklassen@live.com) or Joey Peters (joseph.scott.peters@gmail.com).

I’m not really sure what this is about. Googling the concept turns up the following link to Bicycle Liberation Front which seems rather far removed from road biking (and also this link). The concept seems to be based on creating alternate forms of transport by modifying bicycles and is driven by a mixture of fixie-single speed-courier culture/marxist philosophy…if that makes any sense (maybe I’ve got it all wrong)! I wonder if my neighbour, who rides one of those tricked out/pimped California low-rider bikes will be there? Anywho…maybe we should go to the potluck just to see what happens! 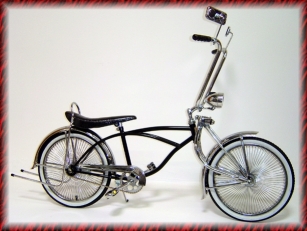